End of the age of distraction 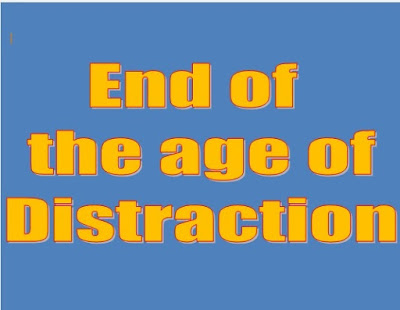 Politics & government in UK & USA are dominated by people who’re skilled in the arts of communication, persuasion & distraction & little else. Persuasion skills are useful when campaigning for election, to persuade voters to think a certain way & vote for certain policies. Persuaders have had a good run, convincing people to vote for Brexit, Trump & the CONservatives. Trouble sets in when the persuaders have to engage with reality, assuming responsibility for events in the real world, confronted with tricky facts and unpredictable risks.

Distraction techniques can’t obscure reality forever. Covid19 pays no attention to anonymous briefings, slogans or meaningless announcements. It must be confronted quickly and credibly by capable leaders grappling with complex issues & the messy details of real life. Trump, Johnson & their camp followers can’t conjure up slick answers for the Covid19 virus, nor for the tricky details of Brexit trade agreements & technical standards because they have no knowledge of such things & have never had to deal with anything of this kind before. Many TV & press journalists are part of the problem, hungry for gossip and sensational opinions to feed the insatiable vacuum of 24 hour rolling news, with a few notable exceptions. The revolving door between politics, press & TV has created a rotten culture of half-truths, obsessed with power games, who’s in & who’s out of favour in the ongoing political psycho-drama.

Persuaders and their press & TV allies have, in the main, limited contact with, or understanding of, real life in business, science, healthcare & trade. The real world and the persuader’s world are largely separate, with very limited overlap. A favourite persuasion technique is to float some plausible-sounding half-baked idea, in short “sound-bite” messages, to keep voters distracted before moving onto the next news cycle. Rapid movement from one dramatic headline to another avoids detailed scrutiny & analysis. Conservative ministers and advisers, led by the Prime Minister, promoted the idea of “herd immunity”, to allow infection to “pass through the population”, to “take it on the chin”, to create a reservoir of immunity against Covid19, until this was exposed as nonsense.

Herd Immunity has little supporting scientific evidence and is only considered relevant when most people are immunised by mass-vaccination. A government of persuaders & camp followers paid little attention to the risk that many thousands of people might die pointlessly. Herd immunity was exposed by scrutiny by the respected editor of the Lancet, a prestigious medical journal, & informed contributors on social media. Once the lie was exposed, the persuader government changed course quickly, hiding its tracks in a fog of disinformation & sympathetic coverage on the BBC

The Corvid19 pandemic has crashed the persuaders’ party. When Boris Johnson claimed his government’s top priority was providing testing for NHS staff, the lie was exposed within minutes by the British Medical Association, whose authority in these matters is beyond question. The slick persuaders are locked in a moment of truth like dinosaurs when the meteorite landed. Reality has smashed their world of make-believe. Pandemic, trade logistics and the harsh facts of economic life can’t be dismissed with jokes, distraction tactics or lies.

The inconvenient fact that Brexit has never had the support of the vast majority of UK businesses can’t be communicated away. Real & urgent concerns about import/ export arrangements, technical & trading standards are stronger than ever, as the day of final exit approaches. The age of distraction is over. The slick persuaders & their camp-followers must clear off or be carried off, like dinosaurs whose time has gone. It’s time for real leaders, real managers and actionable solutions for urgent challenges in the real world.