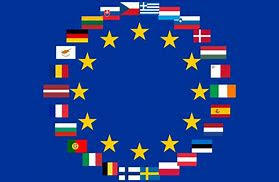 Citizens of EU states are threatened by a loss of lawful rights and liberty under the flawed Withdrawal Agreement. EU citizens who live in the UK must now apply to stay in their own homes, with an uncertain future. Citizens in Northern Ireland will lose their fundamental rights under EU law and will soon face barriers and restrictions on their freedom to do business and live where they chose. UK citizens living in the EU face the loss of healthcare and new rules concerning income and eligibility for residence in their homes. Millions of citizens made significant life choices, within EU and national laws, but they are now threatened with serious and, in some cases, life-threatening disruption.
UK government ministers have stated they want to use EU citizens as “bargaining chips”, for leverage in future negotiations. The UK government plans to diverge from EU law. UK courts will be free to make judgments eroding citizens’ rights, with no right of appeal to the European Court of Justice.
NI citizens were guaranteed the right to chose British or Irish citizenship, under the Good Friday Agreement, but the UK refuses to recognise that right. This is being appealed in the UK courts but the right of appeal to the European Court of Justice would be removed by Brexit, endorsed by Ireland if it approves the Withdrawal Agreement.
The Withdrawal Agreement, concluded in a hurry late in 2019, is a flawed and dangerous surrender to the anti-EU and anti-GFA political mood in Tory England. The EU, including Ireland, will be seen to have agreed to the loss of rights and destruction of the Good Friday Agreement if the EU27 approve the Withdrawal Agreement, as it stands. The agreement is intended as a short-term measure but it could remain in force for many years and it will influence the shape of a future agreement between Britain and the EU27. The rights of EU citizens must be defended in a full and secure agreement, with guarantees of citizens’ rights, at every stage of UK withdrawal.
The UK government holds the EU’s shared legal principles in contempt. Britain is free to choose to leave the EU if it wishes but it has no right to withdraw long-established rights and to inflict misery and worry on millions of EU citizens, for its anti-EU agenda.
#EUcitizensRejectWA