Is Brexit the only cure for Brexit? 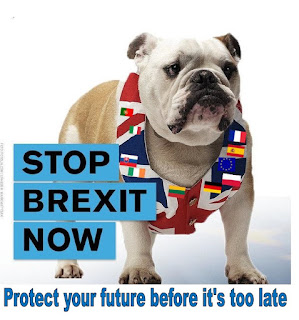 There's a saying in commodities markets; the best cure for high prices is high prices, they encourage higher production and thereby resolve supply issues that pushed prices higher in the first place. Similarly, it can be argued the best cure for Brexit may be Brexit. The best way to resolve theological arguments about free trade, nasty Europeans and the customs union might be a spell outside the customs union and the European free trade area. Voters could judge for themselves whether they are better off, or not, after a few years outside the hated EU.

Discovering the truth of the Leave/Remain arguments through hard experience is the adult equivalent of a child breaking a toy to discover how it works. The mounting evidence of economic, academic and cultural harm can't be ignored. If Britain goes through with separation from the EU it's likely to lead to a lost decade, at least, followed by slow recognition, recrimination and eventual negotiation of re-entry to the EU in some form. Many investors believe the UK is headed for trouble. Even arch Brexiter John Redwood is advising investors to take funds out of the UK & seek better returns elsewhere.

Leave campaigners persuaded many people they should ignore evidence & expertise & have faith in their dubious promises. The easiest trade deal in history (L. Fox), £350 pw for the NHS (B Johnson) & "no downside, only upside" from Brexit (D Davis) are manifestly false, in hindsight. Many people, myself included, dismissed these arguments at the time of the referendum but they are now discredited even among leave voters.

There is plentiful evidence voters are already upset by the emerging vista of reduced investment, lower spending power and cultural isolation. Even committed Leave voters cannot dismiss facts like the 90% investment decline since the EU referendum (OECD), or direct evidence like the van driver whose business will be wiped out by Brexit (James O'Brien show, LBC). Unfortunately many older leave voters are emotionally opposed to association with the EU and unwilling to change even in the face of irrefutable evidence. This could mean Britain has to wait for generational change, perhaps ten years or more when large numbers of younger, more open minded, voters are willing to assess the evidence with open eyes.

There is very little time remaining in which to avert a damaging breach with Europe. There are several legal challenges in process, such as the admirable @A50Challenge, with no guarantee of success. Campaigners need to be alert to the possibility of another general election as the divided Tory party tries to scramble a working majority. The odds are in favour of Britain crashing out of the EU with inadequate provisions for commerce with its largest partners. Sadly the cure for Brexit may well be Brexit, in the shape of lost trade, employment & prosperity. The cost will fall heavily on people who can afford it least while wealthy Brexit campaigners are best placed to weather the storm.